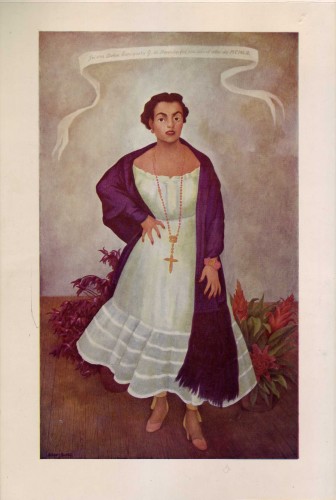 For my great-grandaunt Trini, this marriage was a major social boost. The Goldbaum family is rightly considered one of the pre-eminent founding families of Ensenada, and I will have more to wrote about them later. But this story really is about a particular project undertaken by my cousin, Trini’s daughter Enriqueta (“Queta”), who was born about 1900 in Ensenada, and her husband José María Dávila, born about 1898 in Mazatlán.

José María was a talented songwriter and entrepreneur in the theatrical life of México City. He and “Queta” were a part of the cafe society of the capital, mingling with artists and prominent cultural figures. José María was also involved in politics; he would become Mexico’s ambassador to both Brazil (1941) and Guatemala (1945).

One of the artists Queta and José María befriended was the celebrated painter Diego Rivera (1886-1957), who was married to Frida Kahlo. Rivera was especially captivated by Cousin Queta. He asked to paint her portrait. Queta thought the request a bit unconventional, but told Rivera she would agree if he would also paint the portrait of her daughter Enriqueta (“Quetita,” born in 1927 in San Diego). And so Rivera painted portraits of Queta and Quetita, luminous, vibrant paintings that are still in the possession of the family today in México City.

Later, José María built a major theater in México City on the Avenida de los Insurgentes. In 1953, at the urging of Queta, he commissioned Diego Rivera to paint a monumental mural on the façade of the theater representing the history of theater in México, to be entitled “la Historia del Teatro.” This mural is considered one of the crowning achievements of Diego Rivera’s career, and was the subject of no little controversy.

The following is an account of the commission in Diego Rivera’s own words:

Toward the end of February, 1953, I was commissioned to do a mural on an outside wall of the new Teatro de los Insurgentes. Designed by the brothers Julio and Alejandro Prieto, this motion-picture house belonged to the master politician and composer of songs José María Dávila and his vivacious and attractive wife, Queta. It was Señora Dávila, chiefly, who was responsible for my being offered this interesting commission.

The space I was given comprised the whole main facade of the theatre, facing the busy Avenida de los Insurgentes. The plastic problem here was extremely challenging. For the surface was curved at the top and convex, and most of the people who would see the mural would be passing it quickly in cars and buses. 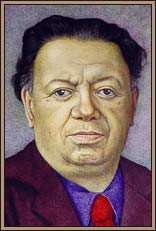 To establish immediately the theme of the mural and the purpose of the building, I painted a large masked head with two female hands in delicately laced evening gloves in the lower central portion. I covered the remaining surface with scenes from plays reflecting the history of Mexico from pre-Colonial times to the present, and converging in the upper center in a portrait of Cantinflas, the Mexican genius of popular farce, asking for money from the rich people and giving it to the poor, as he actually does.

It was this scene which precipitated the storm, When only the first charcoal sketch had been done, someone noticed that Cantinflas was wearing a medal of the Virgin of Guadalupe. Immediately there arose a hue and cry. It was blasphemous to connect a low comedy figure with something as sacred as the Virgin.

Interviewed by reporters, Cantinflas said that if I had actually blasphemed against the Virgin of Guadalupe in my mural, he would never permit any of his films to be shown in the theater. But my representation could be simply literal, for he always wore the medal in real life. Nobody, Cantinflas said, could either take it away from him or mock his reverence and love. 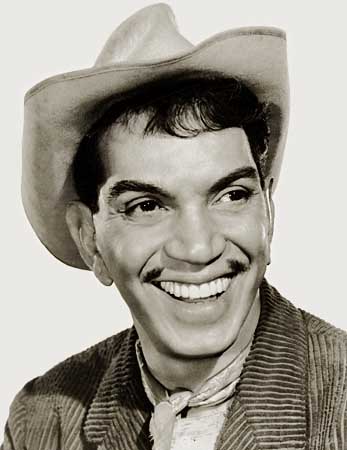 When Cantinflas saw my sketch, he was perfectly satisfied. He even posed with me for pictures on the scaffold beside the place where I had drawn the Virgin. He stood next to me, proudly showing his medal for the public to see in the photographers’ prints.

Having Cantinflas’ endorsement, the press came over to my side, pointing out that there was nothing contradictory between Cantinflas and the Virgin of Guadalupe. Cantinflas was an artist who symbolized the people of Mexico, and the Virgin was the banner of their faith.

A majority of the public subscribed to this interpretation. But the agitation against my painting was not allowed to die away. In fact, it was organized by a gangster syndicate led by professional extortioners, posing as staunch supporters of the Faith.

The gangsters’ purpose was to shake down the Dávilas for a percentage of the profits of the theater – their price for tranquility. Not only the Dávilas, but even Cantinflas began to be frightened by the situation, and finally, I myself ceased to find it amusing. So when I got to that portion of the mural where the Virgin had been sketched, I did not paint her in at all, outwitting both friends and enemies, false and true. Executing this unexpected turnabout, I must admit, gave me not a little pleasure.

—Diego Rivera (With Gladys March) My Art, My Life: An Autobiography (ebook on Scribd.com) 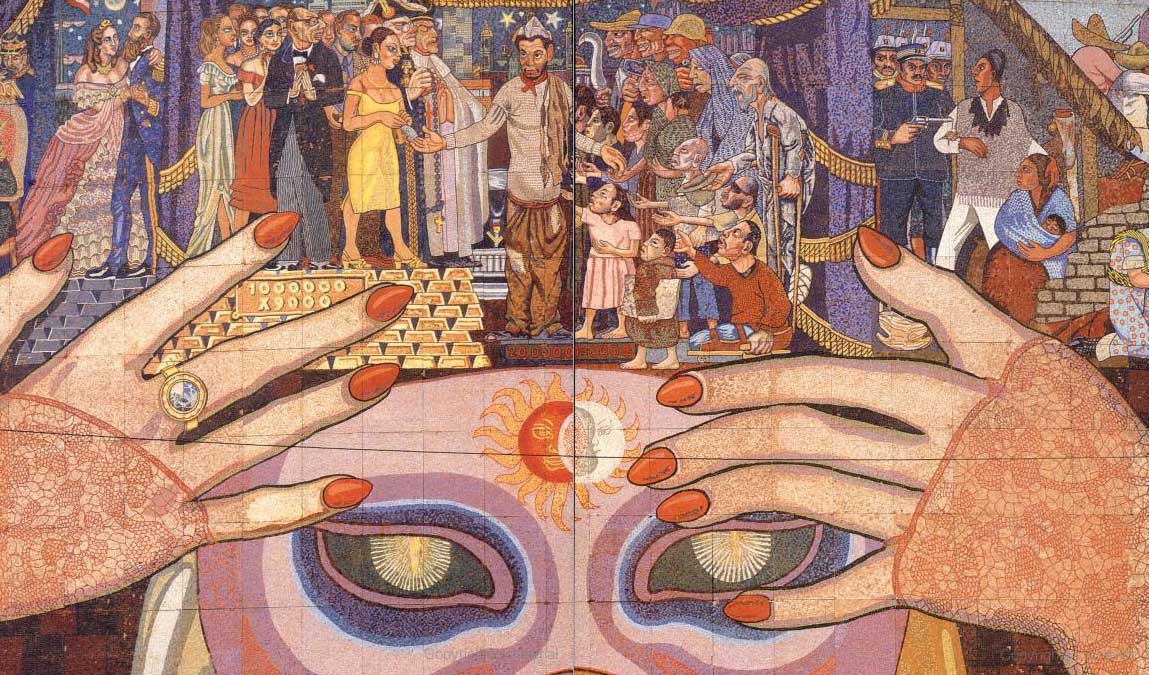 28 comments on “The Socialite, the Artist and the Comedian”