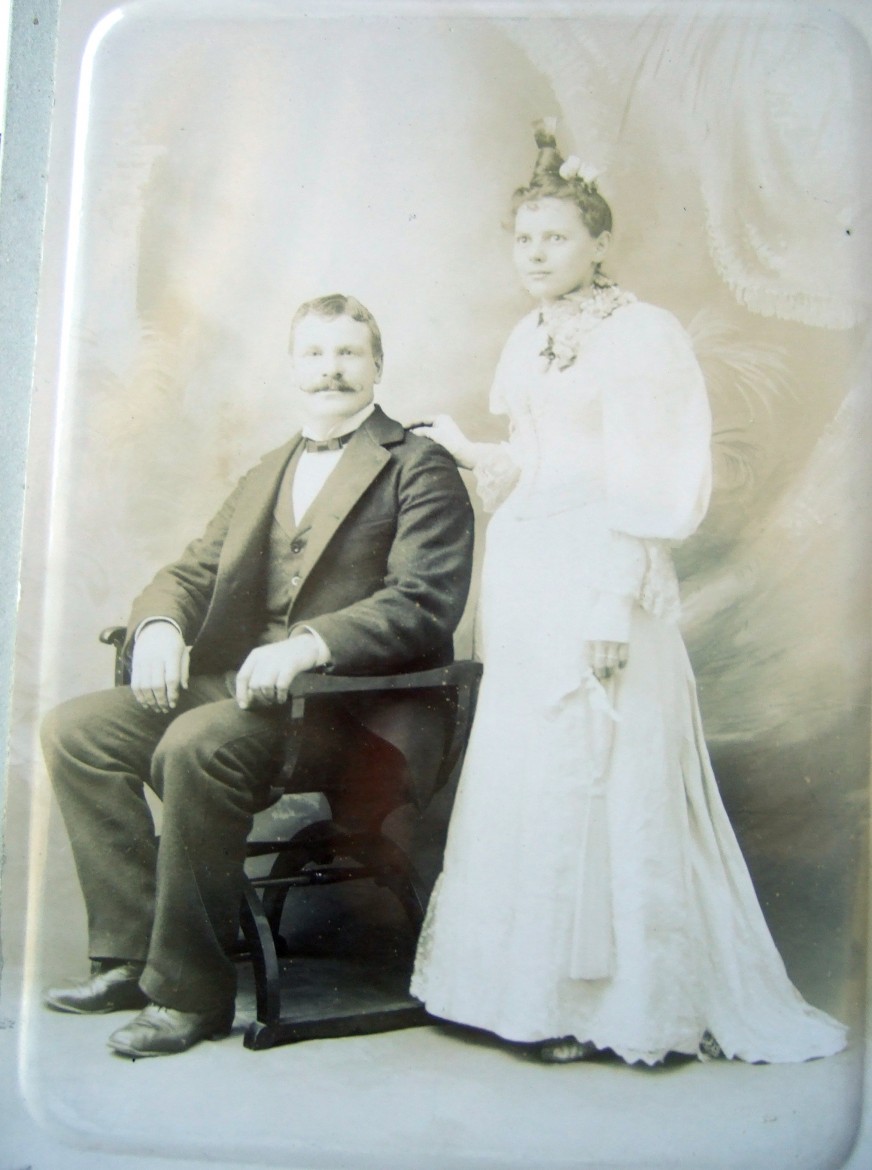 I am constantly amazed at the family connections to be made when undertaking family history research on the Internet. Not only has this blog enabled me to learn things from cousins I know, but it has also unearthed cousins I did not know about. All are so helpful and willing to share what they know. And they tell us about cousins of long ago, who now become part of our own age through the Web.

Take this beautiful wedding photo of Frederick Julius Theodore Brunk (1862-1943) and his new wife, Barbara Stoltz (1870-1924), taken on their wedding day about 1894 in Saint Paul. Barbara’s Father, Anton (1839-1876) was the brother of my great-great-grandfather Peter Stoltz (1836-1921). Today I received this photo via email, along with other details of Barbara’s life, from a previously unknown cousin, Eugene Brunk, who saw this blog and was moved to share this photo.

For many years they lived in Maries County, MO where Fred was a builder of some local renown, while Barbara was a schoolteacher at Meta, MO. I was told that Barbara died in 1923 while driving a horse and buggy to school. She tried to cross a creek that was in flood stage, her buggy overturned, and she drowned. Fred lived until 1943, but never remarried.

What did we do before the Internet? I am in awe of what genealogists of previous generations were able to accomplish with paper, stamps and determination, but I am equally in awe of the possibilities open to all of us to reconstruct our family histories. And thank you, Cousin Eugene!

5 comments on “A World-Wide Web of Cousins”