My second great-grandfather Fernando Alvarado married María Eugenia Trinidad Tamayo probably sometime around 1840 in Sinaloa. Recently I received the 1822 baptismal record for Maria Eugenia Trinidad from San Pedro de Chametla in Sinaloa. The record clearly states that she was “mulata,” meaning one of her parents was black.

Here’s what the record says:

In the parish of St. Peter in Chametla, on 22 September 1822, I, the curate (indecipherable) Don José Ramón de Villegas, solemnly baptized and anointed with the holy oils and the sacred chrism María Eugenia Trinidad fifteen days from her birth, the legitimate daughter of Francisco Tamayo and Maxima Villalobos (?): the godparents were Francisco Gonzales and María Aguilar of this community, who were advised of their obligations and (?) and therefore I sign my name: José Ramón de Villegas.

That one of my third-great-grandparents in Sinaloa was of African descent should probably be no surprise. Colonial Mexico was highly multicultural. There was an elaborate system, called casta that categorized people according to the ethnicity of their parents and grandparents. The difference between 17th Century Mexico and 20th Century United States was that intermarriage was not forbidden and racial heritage did not determine rights. There was also a genre of painting called pinturas de castas which illustrated these racial categories. 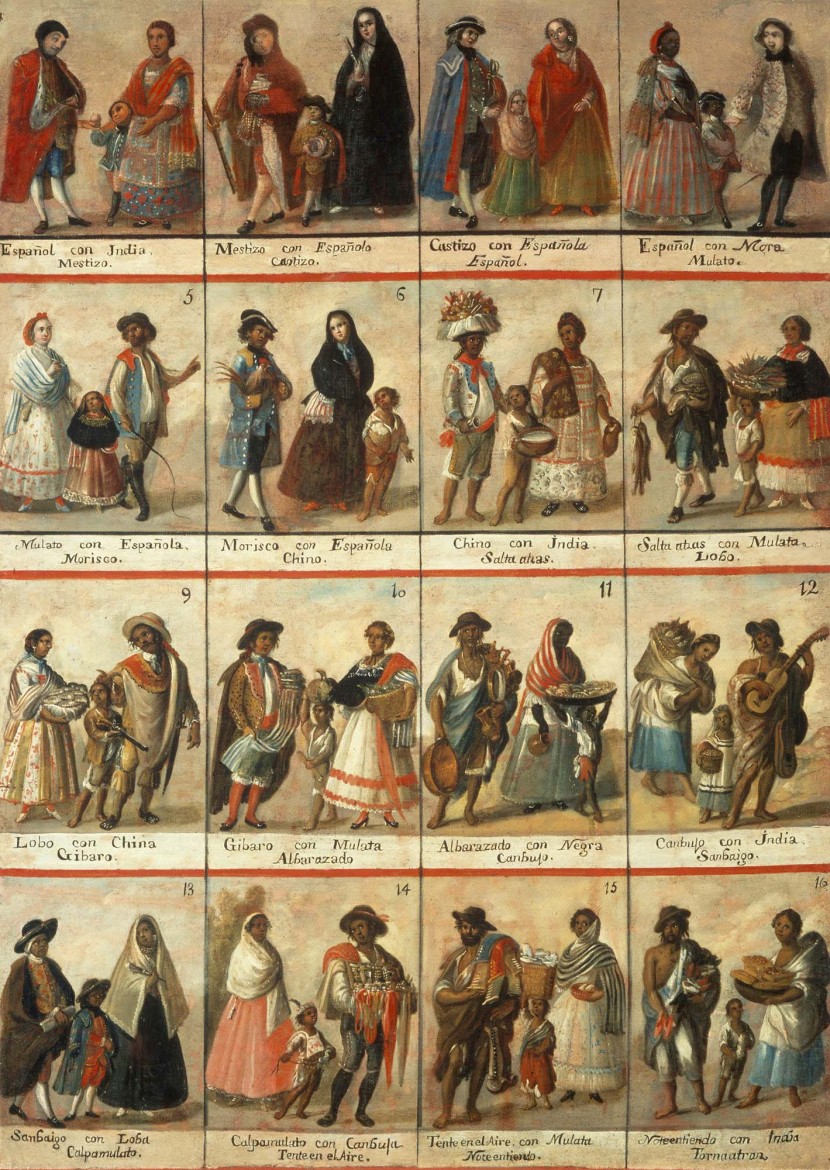