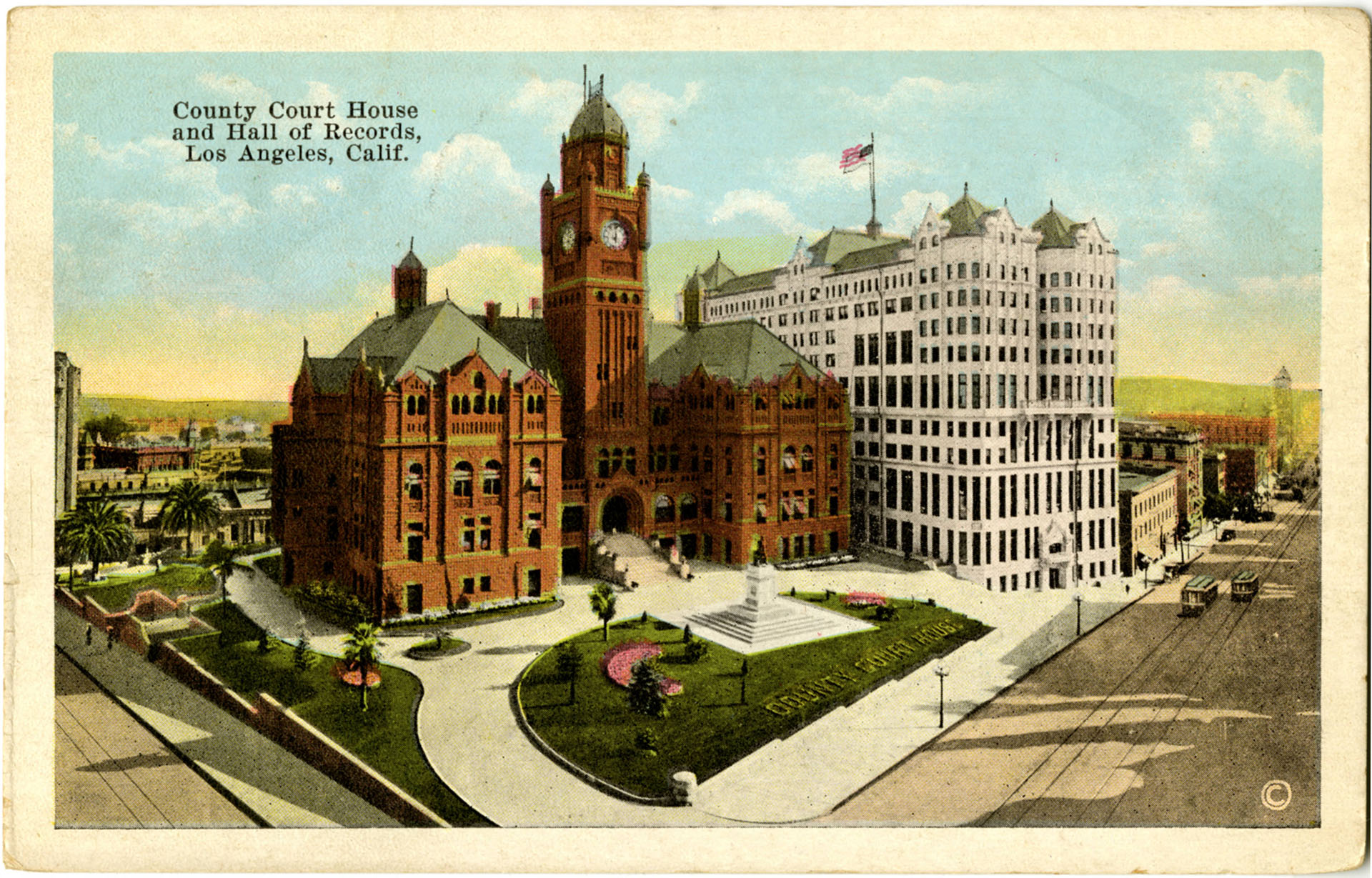 County Courthouse and Hall of Records, Los Angeles, circa 1907

The County built the Victorian style Red Sandstone Courthouse in 1891 on Poundcake Hill, at the southeast corner of Temple and Broadway, which had been the location of the first L.A. High School. The Courthouse was damaged in the 1933 earthquake and demolished in 1936. Standing beside it, the old 12-story County Hall of Records on 220 N. Broadway was built between 1909-1912 at a cost of $1 million. While still under construction, it was the target of a dynamite plot that was stopped by an anonymous tip. It was used by the Superior Court when additional courtroom space was needed.