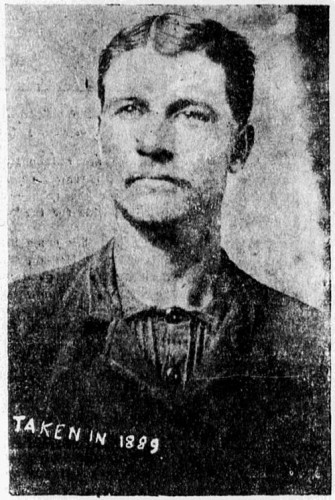 Perhaps it has become a bit trite to say that you can’t choose your family. As worthwhile and notable as the lives of many Dunhams have been through the past centuries, it is only to be expected that some will fall short of what we might hope to learn about our ancestors. Certainly it is a part of genealogy to discover rogues and rascals lurking in the family tree.

But if hundreds of years of the Dunham tree have produced great virtue, we should not be surprised that great vice has also come from those same roots. And few family trees have produced as infamous a villain as James C. Dunham (Isaac Wilson, Isaac Lucas, John, John, Ebenezer, Samuel, Samuel, Deacon John).

By 1860 Isaac Wilson Dunham was residing in Sacramento County, California with his brother James, who was born about 1840 in Carver; both were farmers with their land valued at $900.2 Sometime between then and the 1870 Census, Isaac married Kate, a native of Ireland who was characterized by such a stormy temper that she was known as “Kate the Terror.”3 They were then residing in San José, Santa Clara County, with their two sons James, age 5, and Charles, age 2.4 Isaac’s occupation is noted as a gardener. He must have been quite a gardener, for the value of his real estate was $6,000. Most likely he was an orchardist; his neighbors are members of the prominent Campbell family who made their fortunes as orchardists and whose family name was given to the town which figures in this story.

Isaac may have died prior to 1880; the U.S. Census for that year shows Kate apparently living alone with her children James, Charles and a daughter, Ada, age 9.5 James embarked on a progression of jobs, including following his father’s nursery business, then drifting to drummer, bicycle salesman and candy maker before deciding to take up the study of law.6 He enrolled in Santa Clara College (now the University of Santa Clara).7

In 1895, James married Hattie B. Wells. It was an odd romance. James was a rather quiet and mysterious man who supported himself with odd jobs and seemed to have inherited his mother’s temperament.8 “One acquaintance recalled that Dunham once became angry with his mother when she refused to give him money. He went out and killed three of her chickens, wringing their necks and tearing them to pieces.”9

How James Dunham and Hattie met and developed a relationship we do not know,14 but her family evidently disapproved.15 Nevertheless, when the two young people married, they moved into the McGlincy home, and a little over a year later, on May 4, 1896, their son Percy Osborn was born. James appeared to be elated, and the McGlincys may have seen him in a different light. His brother Charles wrote shortly after the birth of Percy:

My brother and his wife were married a little over a year ago. He loves his wife dearly and she reciprocates his love deeply. [Hattie’s] whole family loves him and even idolizes him, and when I was out to the house a week ago to visit them I found them enjoying perfect happiness. Hattie then told me that they all were so happy and that James adored the little one just born to them. At morning and night she said that James played with the child as if his entire life was wrapped up in it.16

Still, there were reports of marital problems that belied the rosy picture painted by Charles. A nurse reported that James treated Hattie dismissively. Others spoke of violent arguments between James and Colonel McGlincy. The president of Santa Clara College was surprised to learn that James was married, as he seemed such a loner.17 These were all rumors.18 Yet Ada felt compelled to record seven pages of incidents she felt showed Dunham’s “ill nature.”19

The night of May 26, 1896, the town of Campbell would remember for more than 100 years.20 Indeed, the events of that night would remain unparalleled in all of Northern California for a century, and would occupy California law enforcement and newspapers for decades.

James and Hattie at the time were estranged after an argument,21 and a volatile James went up to the McGlincy house on Los Gatos Road, perhaps with the intention of seeking reconciliation with his wife and son. But perhaps not. 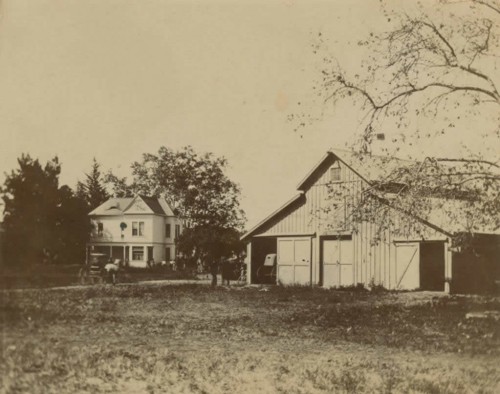 Horrific photographs exist of what happened there. The Colonel and his stepson were not home. According to reports, James went upstairs, strangled Hattie and killed a servant, Minnie Schlesser, with an axe after he encountered her in the hall. He took the axe downstairs and murdered Hattie’s mother. He then sat amid the carnage and waited. When McGlincy and James Wells arrived, Dunham attacked them with the axe and finished them off with a gun as they fled across the yard. Drawn by the gunfire, a hired man, Robert Briscoe, ran to the house and was also shot by James. After hunting unsuccessfully for a remaining hired man, George Schable, who hid in the barn (terrified, for he had heard McGlincy pleading for mercy22 ), James then jumped on a horse and headed for the hills.23 The sole surviving person in the house was the month-old infant Percy, left in his crib.

During the mayhem Dunham had gone through the house destroying every picture he could find of himself, but he missed one. That would later be used on a wanted poster offering a reward of $11,000.24 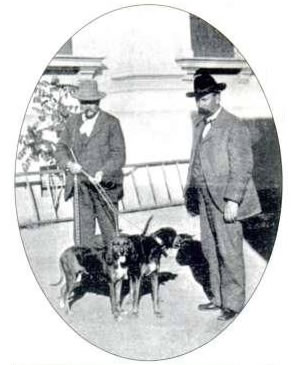 One of the greatest manhunts in the history of Santa Clara County ensued. Various people reported having encountered Dunham that night and in the following days. A multitudinous posse scoured the hills, and the sheriff used bloodhounds to track him.25 The dogs discovered his abandoned horse in the wilderness. Dunham was nowhere to be found.

Meanwhile, the shocked people of Campbell turned out for the funeral. A long procession stretched from Monterey Road to Oak Hill: “miles of surreys, spring wagons, phaetons, hacks and carryalls, headed by six glass encased hearses with the white plumes at each corner.”26 There were more than 400 carriages in the procession.27 Across the six headstones in Oak Hills Cemetery in San José is the inscription: “Vengeance is mine, I will repay, sayeth the Lord.”28

And it seems vengeance was left to the Lord. As late as 1943,29 newspapers printed accounts of Dunham sightings in various places as far away as North Dakota, Louisiana, Cuba and Mexico, but nothing came of them:

People from all parts of the United States were constantly “locating” the fugitive and the authorities were put to considerable expense in investigating these false clews. But the most remarkable case of mistaken identity occurred on September 5, 1908, when a woman residing in Sherman, Texas, reported to the authorities of that place that she was well acquainted with Dunham and positively identified a man living in that community under the name of William Hatfield as the much-sought murderer. He was arrested and as he gave a most unsatisfactory account of his movements, both previous and subsequent to the date of the murder, Sheriff Langford of Santa Clara County went to Texas, and after a legal battle, during which considerable jealousy was exhibited, because of the amount of the reward money involved, the suspect was finally extradited. On October 23, Hatfield arrived in San Jose, where it was proven beyond all doubt that he was not the man wanted, but it was necessary to charge him, and immediately afterward he was legally exonerated. It is estimated that while he was incarcerated in San Jose, over twenty thousand people visited him.30

On the centennial of the massacre, the San Jose Mercury News offered other theories as to what happened to Dunham:

Over the years, there were many reported sightings of Dunham or possibly his bones. He could have been the ”wild man” roaming the hills near Dulzura, a tiny town near the Mexican border, southeast of San Diego. He might have been part of a Yankee guerrilla gang in Mexico; at least such a gang reportedly had a member named James Dunham who had murdered his family.31

A skeleton found near a creek in the area in 1953 seemed to some proof that the exhausted and hunted Dunham had taken his own life with a remaining bullet in his gun.32 But of course there was no way to prove it. Shortly thereafter, the McGlincy house was torn down, and new homes built along the road now called McGlincy Lane.

And what of young Percy Dunham? Without a father, mother or grandparents, he would also lose his surname. Percy was adopted by Ada’s sister and brother-in-law, Harriet S. “Hattie” (born about 1841 in Maine, died May 15, 1916 in Los Angles) and Morris (Michael?) T. Brewer, who was born about 1837 in New Brunswick, Canada. Raised in San Francisco with the Brewer name, Percy died on April 15, 1969 in Daytona Beach, Volusia, Florida.33

Did Percy know of his gruesome family history? One clue is contained in his 1956 Social Security application. He listed his father as Michael T. Brewer, but his mother as Hattie Wells.34

5 comments on “Vengeance is the Lord’s”