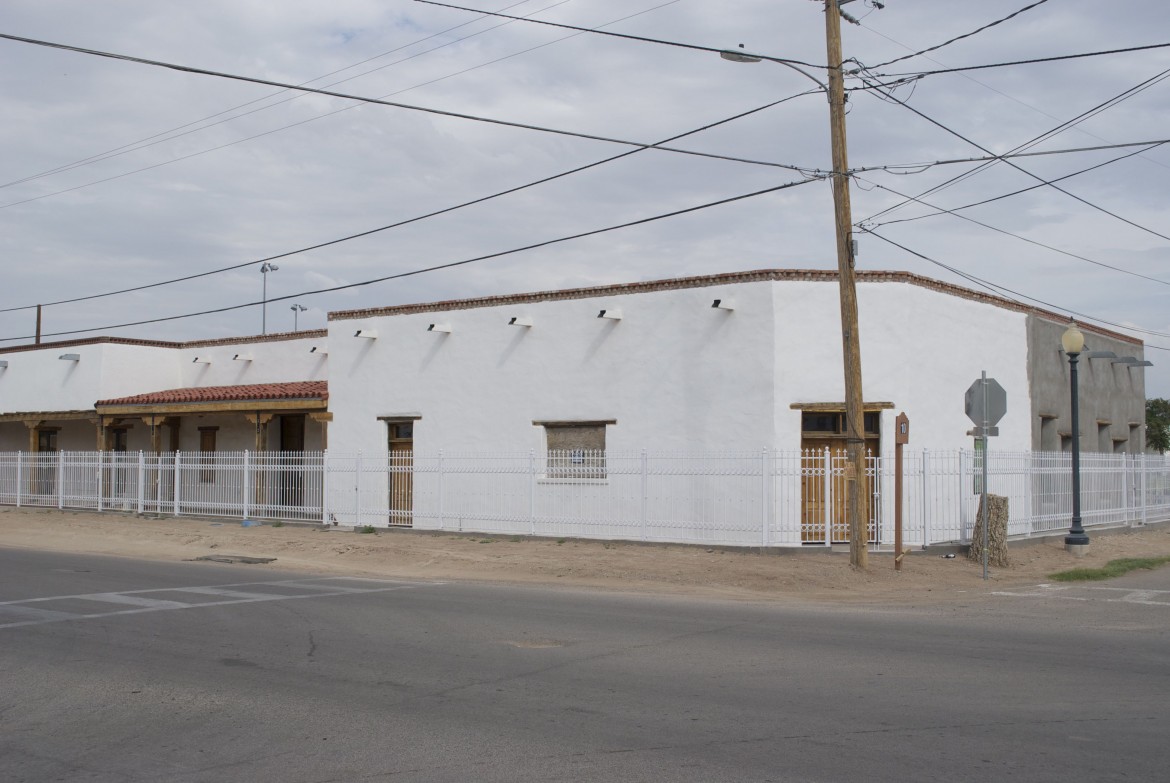 Last week I visited family in El Paso, and one of the things I did with my dad and some cousins was to see historic San Elizario, just outside El Paso.

Aside from checking out the historic presidio chapel, founded 1789, where my ancestors were baptized, married and buried, I was curious to see the historic Juan Maria Luján House, pictured here, which I already knew from research was still standing.

Juan Maria Luján (1835-1914) was my great-great-grandfather, whose daughter Apolonia (1872-1929) married Ludwig “Louis” Stoltz (1866-1958). Just before leaving for El Paso I heard from a distant cousin in another state the family story how they met. And that’s why I really wanted to see the house.

We already know that Louis was a bit of a handful. He left the family homestead in the Dakota Territory probably around 1889, which is when a local girl gave birth to a son conceived by him — the generally-accepted reason why he decided to skip town. He wound up in El Paso (or as we shall see, perhaps more likely San Elizario), where the story says he rented a room from a family. He fell ill and was cared for by one of the daughters. They fell in love and married even though he knew no Spanish and she knew very little English.

So that daughter would be Apolonia, my great-grandmother. The first record of Apolonia and Louis is their marriage on 4 Jun 1895 in El Paso. So if the Lujan family was still living in the above house around that time, this would be where the family story took place.

According to a San Elizario walking tour compiled by the San Elizario Genealogy and Historical Society, the Luján family would have been residing here at the time. Here’s what is said about the Luján Store (Caspar Giron Home):

This building may have been constructed near the main entrance to the presidio. After the presidio was finally abandoned in the mid-1840s, the property was acquired by Jesus Lujan. On it, he constructed a large hacienda encompassing the existing structure and adjacent field. His son, Juan, built the structure you see before you in the 1880’s. The Lujan family operated a general store from the corner building and used the other portions as a residence until the late 1800s. Later, the building was acquired by the G.N. Garcia and Giron families for both residential and commercial purposes.

So it seems probable this is the very house where that unusual love affair blossomed.

4 comments on “A Luján House of Love”