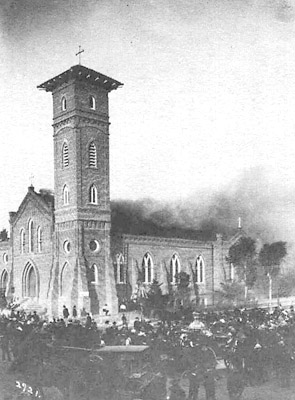 So the church where my great-grandparents were married was the predecessor of today’s cathedral in San Diego.